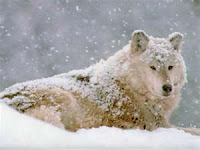 Here we are, another winter is upon us. This New England winter though, has been very mild. with warm temperatures and more importantly NO SNOW. I could have told you there would be NO SNOW because my husband purchased 2 NEW SNOWMOBILES in October. Almost virtually guaranteeing there would be no snow this year.

And, if listening to them ( my husband and son) whine and complain about NO SNOW isn't bad enough; I have to endure the daily snow depth maps and the NOAA website on a daily basis as they desperately search for ANY SNOW in the northern hemisphere. They are willing to drive 6-8 hours to get snow if they have to. In fact, I heard them talking about driving to Fort Kent, Maine this weekend
(MLK weekend) to be able to break out these new machines.

Now, if I had tried to get them that interested in ANYTHING remotely having to do with work, or the house, there would be none of it. In fact, besides the daily watching of the snow radar, and the NOAA website, I have been unable to get them ( my son and my husband) to do much if anything around the house. A case in point; Rather than deal with a very messy and dirty family room (which I rarely venture into downstairs) They decided to go out into the garage ( the one that should have a car in it, but has 2 snowmobiles instead) and start up the 2 machines...Just for the fun of it, and to get smoke and gas fumes into the house. Or, rather than finish putting away the Christmas lights and blow ups,  they are playing with the snowmobile trailer to make sure it can be moved easily ( when they can go somewhere to snowmobile).

And one more thing that really put the icing on the cake. My son ( who is 16) is looking for a job. Mainly because I told him I am not going to hand out $20 every time he needs to fill up his car. So, on his own, he ventured into an establishment and filled out an application. He gets home, tells my husband,, who promptly asks him "How are you going to go snowmobiling if you have to work weekends?

Now you know why women and men cannot live together....
Posted by Mariah Hunt at 8:27 AM